Beverley - the Feminist and the Philosopher, a walk

A walk around Beverley looking at the places associated with Mary Wollstonecraft and John Arden, who taught her.

Join Val Wise, author of a book on Mary Wollstonecraft’s life in Beverley, who leads this walk around sites connected both to the famous feminist who lived in Highgate as a child between 1768 and 1774, and also sites connected with her influential teacher Dr John Arden, a leading scientist of the ‘Enlightenment’. As an adult author Wollstonecraft espoused women’s rights, ultimately influencing opinion throughout the world. Through her childhood friend Jane Arden, she received instruction in new scientific and philosophical ideas from John Arden, Jane’s father and a lecturer who taught in many northern towns and cities, including Bath. He was also an inventor, instrument maker and demonstrator, and the picture by Joseph Wright of ‘The Philosopher Lecturing on the Orrery’ may show Arden as the lecturer and his daughter Jane as a pupil. An orrery is a model showing movements in the solar system.
John Arden invented an ‘electric orrery’, and for his inventions, as well as giving Wollstonecraft a scientific education very rare indeed for 18th century women, he illustrates our HOD 2022 theme of Astounding Inventions.
Please note: The walk does not include entry into 2 Highgate. 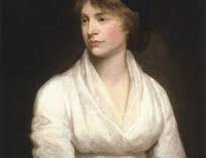 Meet opposite 2 Highgate, close to Wednesday Market, Beverley, in sight of the Minster north side.