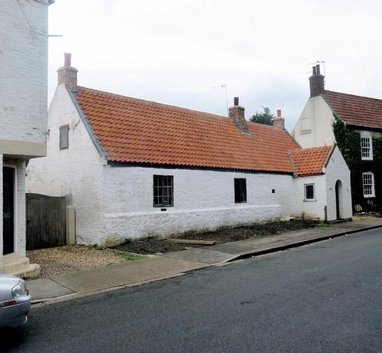 Victoria Cottage is in fact formed from two cottages and is one of Sutton's most important and oldest vernacular buildings and as such, is a rarity in this part of Yorkshire. Dating from the late 17th century, it is currently undergoing restoration and is a work in progress. Again this year, the inside of the building will be open for viewing. The owner will be on hand to answer questions about the original building and the restoration process. Victoria Cottage is Grade II listed

The central bay was built in 1650, so this is probably one of the oldest domestic buildings in the city of Hull. By the mid 20th century, numbers 23 and 25 had been rented out and were poorly maintained. However a new owner made them into one home and named it after his daughter. The city now has two more properties that can be lived in for the foreseeable future