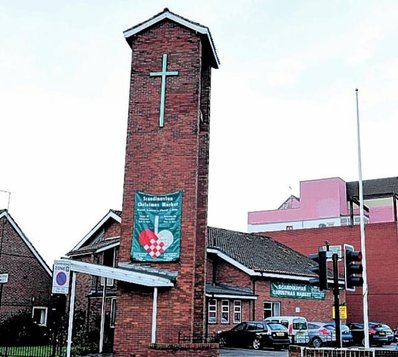 The first Danish Church was built in Osborne Street in 1871 to serve the spiritual and community needs of both Danes and other resident Scandinavians. It was also used by the many northern Europeans on their way to the 'Promised Land' across the Atlantic before 1910. However, on 9 May 1941, a devastating air raid completely flattened the building.

With increasing trade and number of Danes coming and living in Hull after the War, a new building was built in 1954 with some rescued items from the old church used in the new e.g. the seven branched candelabra on the altar. More contemporary features such as the fine wooden panelling and ceiling lights are also worthy of note.

Volunteers will be on hand to explain to visitors the history of links between Danish and British fishermen, and visitors will also have the chance to taste Danish foods and buy Danish goods.