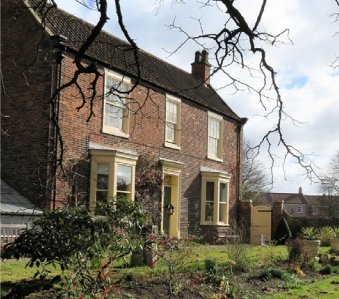 Ivy House was built in the 1780’s. In 1809 newly married James Iveson of the notable family of solicitors moved in. They served the Borough for four generations, as Mayors and Town Clerks. It was also home to two generations of the Park family who further served the town as Mayor twenty times between them. After 1931 the Fewson sisters ran it as a private school for around thirty years.

The garden has been the scene of many Sunday School outings, Church Social and Fund raising parties, and will be open to visit the many relics of old churches that we were collected for the garden throughout the 19th century, to create follies and features using pillars and tracery from many Holderness churches, and even Holy Trinity Church Hull (now Hull Minster). The most impressive folly is Lady Albina’s tomb that relates to the Murder of Albina by Drogo, the first Lord of Holderness.