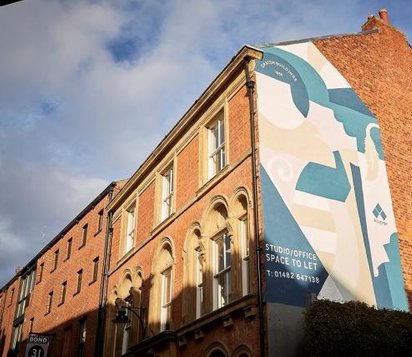 The property, parts of which date back to the 17th century and include the Grade II listed Bayles House, were bought by Allenby Commercial in 2017 as the company invested in bringing Hull’s heritage back to life.

It was originally built as a house in the 18th century and underwent alterations later that century and in the mid-19th century.

The improvements by Allenby Commercial have brought the creation of a modern working environment while retaining original features such as fireplaces, high ceilings and ornate coving and celebrating the unique location.

The rear of the property overlooks the River Hull. Step through the front door and you’re straight onto the Old Town tourist routes, soaking up the atmosphere of an increasingly popular movies location.