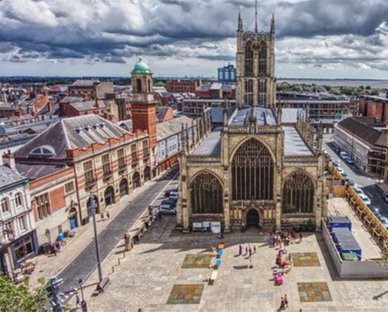 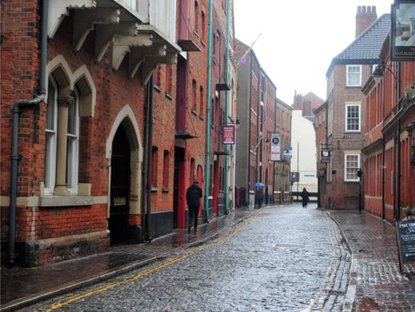 Unencumbered by the pressures on major cities , Hull sits in splendid physical isolation, at a size which, like the medieval city states of old , is big enough to look after itself, but not weighed down by the pressure of a major metropolis.

Hull used to be described, as being nearer to Holland than it was to London, with the inadequate roads of those days, and its extensive shipping links to Northern Europe and the world.

From its early trading days of shipping wool , wine and fabrics abroad and importing tiles and grain to England, it became famous as the centre of the world’s whaling industry and, later, became the home of the largest deep-sea fishing fleet in the world.

Hull has a North an East and a West but no South!  This is due to the fact that the city ends abruptly on its Southern flank straight onto the edge of the mighty River Humber, draining one fifth of the rain which falls on England.  It is straddled by the magnificent Humber Bridge, built in 1981, and at that time the longest single span suspension bridge in the World - longer and prettier, we would claim, than the Golden Gate Bridge in San Fransisco!

The city's proximity to the East Coast makes it possible to get to some of the country's most fabulous coastline in around 40 miunutes.

And it became a centre of the seed crushing industry from which paints, lubricants, flour, cooking oil etc. were made. – not mineral oil, of course, which had not been invented then, but whale oil – the first source of distributed energy and used extensively to lubricate locomotives and provide street lighting.

There were dozens of factories for these products straddling our other key geographical feature – the River Hull itself. This did and still does, connect with our best-friend town of Beverley, flowing gently and quietly, to the heart of the city itself.

The relative calm of a market town contrasting with the hustle and bustle of Hull’s commercial, industrial, and artistic life, over many, many, years.

Hull and Beverley share the same travel to work area and are, therefore, a single economic unit although, to a large extent, still individually governed.

Historically, it was in the time of Henry V111 when a garrison was built to defend the city from our foes across the waters of the North Sea.

But Hull also witnessed the outbreak of the English Civil War at the Beverley Gate in 1642, when King Charles was barred from entering the city, and had to retreat to Beverley and this act led, it is said, to the establishment of Parliamentary Democracy over much of the World.