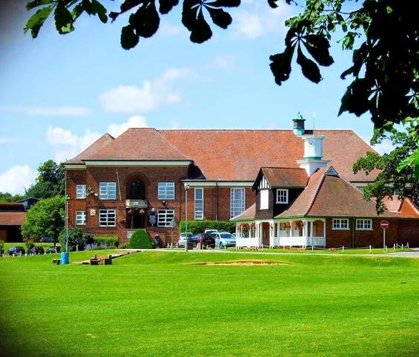 Founded c.700 AD with the Collegiate Church in Beverley by St. John of Beverley, Beverley Grammar School is said to be the oldest state school in England. The original site of the school, a medieval building in the southwest corner of the Minster grounds, was demolished in 1602 and replaced on the same site by a stone building in 1609.

This building fell into disrepair and, following a number of relocations over the centuries, a new building (accommodating some 70 students) was purchased in Queensgate in 1902. The school grew in popularity and by 1917, in spite of the war, the number of students reached 100. Temporary huts were built for a wooden physics laboratory, the ‘American Hut’ and shower, baths and changing rooms.

In 1918, an Old Boys’ Memorial Fund was initiated to commemorate those who died during the First World War. Nearly £1,200 was raised, and in 1928 a sports pavilion was built as a memorial on the school field.

In 1936, a new brick building was erected on an adjacent site in Queensgate and the 1918 building, situated next to the current school gates, is now the Art Block. Further extensions over the years now mean that the school teaches around 800 students and operates a joint Sixth Form of approximately 200 students with the nearby Beverley High School.