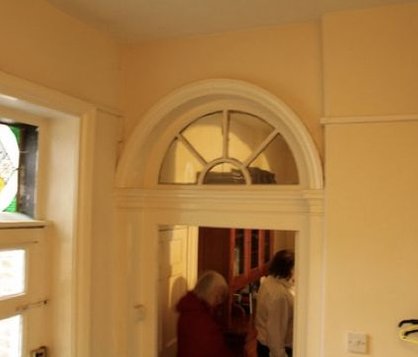 The earliest house known to have been built by the leading 18th century Beverley architect William Middleton, whose portrait hangs in Beverley Guildhall. Middleton in 1759 bought ‘part of the plot where Inglebert Hall formerly stood…on the W side of Londoners Street or Highgate.’ From c.1770/1 to mid 1775, this house was home to Mary Wollstonecraft – described as the original suffragette, an author and free thinker, a pioneer of women’s rights and a pivotal figure whose influence continues to expand. 2 Highgate was later owned by the Lamberts, organists to Beverley Minster and St Mary’s. The plain exterior with later Victorian plate glass windows conceals an 18th century interior with stone flagged floors, panelling and an elegant staircase. At the back of the house is an ancient, perhaps 18th century Gothick privy stands. The visit includes slide shows about Mary Wollstonecraft and the house. Wollstonecraft’s daughter wrote Frankenstein, but she has no connection with no.2 Highgate.

Steps to the ground floor, and staircase to the top of the house

A small house, from which a business is run. Please be patient and careful.Contact for the day:Nancy Pease Blackbourn
www..beverleycivicsociety.co.uk

Towards the north end of Highgate, near Wednesday Market, west side of the street.